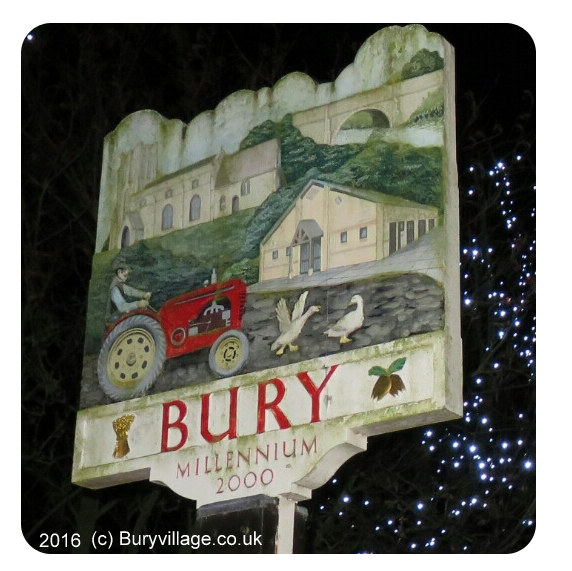 now forms one village. The village still retains several 17th-century half-timbered thatched or tiled cottages, some of which have been refaced with brick, but most of the houses are of brick with slate or tile roofs. The former ancient stone bridge of one arch which crossed the Brook was replaced in 1925 by a wider bridge. The north-west side of the bridge is in Hepmangrove, in which the greater part of the village lies.

The parish of Bury cum Hepmangrove lies to the south of Ramsey. It is of very irregular shape, projecting a considerable distance into the fen on the east side of the road from Ramsey to St. Ives. From east to west at its widest part, it is about 2.5 miles and from north to south about 1.75 miles. It consists of 1446 acres of which 896 are highland and 489 fen. The land rises on both sides of the brook which runs through the parish from north-east to south-west from 16 ft. above ordnance datum at the brook to 66 ft. on the north-east side and 50 ft. on the south-west. All the fenland and much of the highland is ploughed. The soil is a strong black loam and the subsoil clay. The main crops are wheat, oats, beans and peas on the highland, and potatoes, celery, sugar-beet and the ordinary cereals on the fenland.

Hepmangrove originally was to have been connected with Ramsey parish, and the brook running through the village of Bury formed the boundary between it and Bury. From the deeds relating to tenements and lands situated within its boundaries, it appears to have been, before the Dissolution of the Monasteries, a populous suburb of Ramsey. Both Bury and Hepmangrove lay within the Banlieu.

At the southern end of the village is Bury Hall, a brick house with a slate roof, built by Mr. Abraham Staffurth about 1860. A short distance northward, after passing some cottages and some recently built county houses, is the church, occupying a commanding position on a slight eminence. To the east of the church is the rectory built by Lady Olivia Bernard Sparrow in 1845 and conveyed to the living in 1850. Opposite the church is the old Manor House of Bury, a late 16th-century half-timber building with tiled roof, which is now divided into two tenements. The land falls somewhat steeply here to the brook, known as High Lode; the former ancient stone bridge of one arch which crossed it was replaced in 1925 by the present somewhat wider bridge. The north-west side of the bridge is in Hepmangrove in which the greater part of the village lies. On the north side of the road is the old parish school built by Lady Olivia Bernard Sparrow in or about 1845 and handed over to the rector and churchwardens in 1878 by the Duke of Manchester. Further along the road towards Ramsey is a 17th-century timber-framed house with diagonal chimney shafts.

A little way down the road to Upwood is the Green Dragon, formerly a public house (now a private residence), behind which in a little field the church of Hepmangrove is said to have stood, but no remains of it exist above ground. Further north along the road are the Britannia Iron Works, formerly the type foundry of Messrs. Hughes and Kimber but now disused.

Bury village is not black and white. Just the cameras were way back when… or were they? 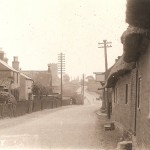 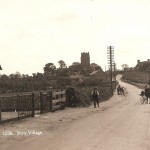 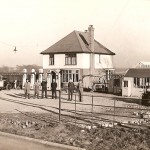 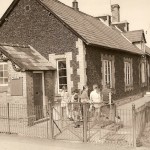 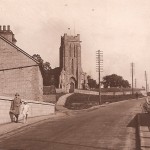 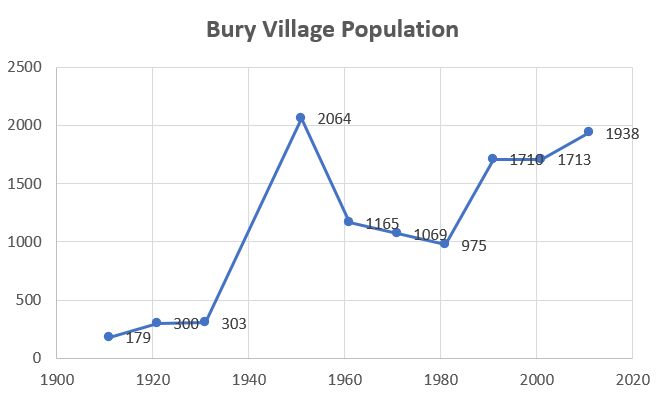